On Sunday, the woman who somehow convinced New Yorkers to put her in Congress made the ridiculous assertion that Senate Majority Leader Mitch McConnell and the NRA were responsible for the attempted murder of two New York City police officers over the weekend.

No AOC, it had NOTHING to do with the inflammatory rhetoric coming out of people like you, your hero Bernie Sanders, or any of the other clowns running in the circus known as the Democratic primary.

That surely couldn’t have something to do with the war on police that is on full display. “Twice in 12 hours, a single gunman terrorized the New York City Police Department, firing upon and wounding uniformed officers stationed in the Bronx in separate attacks that officials have condemned ad assassination attempts.”

“One officer was shot in the neck and chin Saturday night when the suspected gunman fired several rounds into a marked police van and then fled, authorities said. At 7 a.m. Sunday morning, police say, the same man walked into the Bronx precinct headquarters and opened fire again, striking a lieutenant in the arm and surrendering after his 9mm handgun ran out of bullets.”

Columnist David Webb took to Twitter and called out the freshman congresswoman writing:

“I checked both @AOC and @RepAOC and so far no comment about #NYPD officers shot in her district.”

AOC put down her iPhone while she was probably recording her making some genius video and responded:

“This is not my district, but our thoughts are with all officers & people impacted by this shooting & the epidemic of gun violence in this country. Perhaps you would get less mixed up if McConnell stood up to the NRA & passed common-sense gun safety measures to reduce shootings.”

This is not my district, but our thoughts are with all officers & people impacted by this shooting & the epidemic of gun violence in this country.

Perhaps you would get less mixed up if McConnell stood up to the NRA & passed common-sense gun safety measures to reduce shootings.

Her attempt to suggest that these targeted shootings by a lunatic at NYPD officers could possibly  have been stopped by more gun laws in a city which has among the toughest gun laws in the country is laughable.

The shooter had a long history of violent crime which ALREADY bans him from owning or possessing a firearm. No ADDITIONAL law would have changed that.

According to NYPD Commissioner Dermot Shea at a Sunday news conference, the shooter had a “lengthy violent criminal history” and served over a decade in prison for an attempted murder.

Burgess Owens, a former NFL player and current Republican congressional candidate lit into Ocasio-Cortez in response to her tweet, writing:

“Maybe this isn’t the perfect timing to remind us how clueless you are when it comes to gun laws. Maybe you’re not aware of how strict NY gun laws are, or maybe you’re just trying your best to capitalize on a tragedy and use it for talking points. Disgusting.”

Another Republican congressional candidate, Catalina Lauf also laid into Ocasio-Cortez, by saying that her tweet was a “veiled radical gun control propaganda message.”

“Absolutely sick. This was a planned attempt to harm them—not an example of ‘gun violence.’ It is the person and their hateful behavior, NOT the weapon.”

Initially, Lauf had thought AOC deleted the tweet, which she had not.

We need to go a little easy on Occasional-Cortex. All this campaigning with her grandfather, er Bernie Sanders must be wearing her down.

It must have been rough taking time off from jet-setting around the country to campaign with Sanders while she should be in her own district trying to figure how to make up for some of those jobs she lost when she chased Amazon out of town last year.

Meanwhile, the lunatic responsible for the shooting, Robert Williams, said from his hospital bed that he would shoot more police upon his release, according to prosecutors at his arraignment on Monday.

“I’m going to shoot one of you when I get out,” Williams said to NYPD officers while he was laid up in his hospital bed at Lincoln Hospital. Clearly this dude is unhinged.

Williams made the threat while he was recovering from injuries sustained during his arrest for the second of two attacks on NYPD officers in just under 12 hours over the weekend.

At his arraignment on Monday, approximately one-hundred of New York’s finest packed the courtroom in the Bronx, staring down the dirtbag that tried to kill at least two of their fellow officers. Miraculously, at least these days in New York, Williams was held without bail and charged with 13 counts of attempted murder.

Williams started the carnage on Saturday at around 8:30 p.m. when he shot at two officers sitting inside a marked NYPD van on East 163rd and Fox streets, police said.

Officer Paul Stroffolino was struck in the neck and chin by bullets that nearly struck his carotid artery. His partner was unharmed, according to police.

Less than 12 hours later, Williams ran into the 41st Precinct station-house on Longwood Ave. around 8 a.m. Sunday and started shooting with his 9mm Sig-Sauer handgun, hitting Lt. Jose Gautreaux in the upper left arm. Gautreaux returned fire, but missed Williams, who continued firing inside the station until he finally ran out of ammo and surrendered to police.

Both officers were treated at Lincoln Hospital and released.

Williams is described by police as a “career criminal”, whose record includes an attempted murder conviction in 2002 for a crime spree in the Bronx that ended in a shoot-out with police.

This incident is just the latest in a string of assaults on NYPD officers that started last summer, most of which involved less harmful means such as dousing officers with water.

Officers believe that this has been caused in part by anti-police rhetoric emanating from the office of Mayor de Blasio, and also by other politicians, including Ocasio-Cortez, other members of her “squad,” and several presidential candidates including Bernie Sanders, Elizabeth Warren, and Pete Buttigieg. 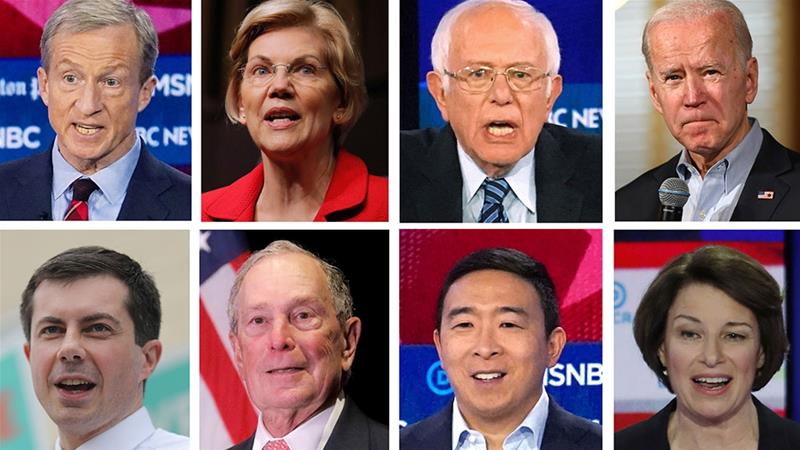