Once again, New York is jumping on the bandwagon started by other states that lowers the amount of documentation required to secure a driver’s license in that state.

The way the law is written will serve to shield illegal aliens from being detected, and also presents some public safety dangers, as well as facilitate identity theft.

Unlike in the past where documentation used to obtain driver’s licenses had to be verifiable by a U.S. entity, the new law allows the use of documentation issued by a variety of foreign government entities.

The new law also prohibits Immigration and Customs Enforcement (ICE) and Customs and Border Protection (CBP) from accessing New York Department of Motor Vehicles records and information. This prohibition will, in essence, disrupt the ability of CBP inspections at Ports of Entry, and also will hinder ICE and Border Patrol in conducting their daily operations.

The Green Light law specifically undermines U.S. security as follows in numerous ways. First of all, it gives illegal aliens or possibly someone with terrorist intentions a way to obtain legitimate, state-issued documents for identification.

Second, it uses information provided by foreign governments as a means of issuing New York driver’s licenses with no way to verify the information.

Third, it cuts off cooperation between the state DMV and federal agencies, who require that information for national security reasons.

Utilization of identification in the United States has become an important part of everyday life, especially in a post-9/11 world.

Today, identification is required in order to perform a lot of everyday tasks. Identification must be shown in order to accept a job, purchase a firearm, open bank accounts, enter secured areas of airports or enter the country, buy alcohol, cigarettes and lottery tickets, register at a hotel, and any number of other seemingly mundane tasks.

Failure to have valid identification in many of these cases makes completing these tasks difficult, if not impossible.

Documentation requirements in the private sector are designed to detect and deter fraud, while those in the public sector are for public safety, national security, to prevent terrorism and also to prevent fraud.

The new licenses are acceptable as identification, however, are not able to be used for “federal purposes.” Restricted activities include boarding an aircraft, entering certain government buildings, military installations, and nuclear facilities.

Document integrity is an important component of the ability to have confidence that the individual presenting the document is in fact, that person. The information underlying that documentation is vital.

The veracity of the documentation and therefore its integrity needs two key components; assurance that the identity information was authenticated prior to issuance, and trust in the entity that issued the documentation.

The Green-Light licenses fall short on both counts. 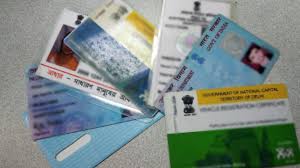 Using the Social Security Administration, officials can verify the validity of the number and the biographical data associated with that number.

Short of that verification, the security of the licenses is compromised.

Secondly, the law allows for the use of foreign passports, foreign driver’s licenses, and consular identification documents issued by the applicant’s country of citizenship to be used to establish identity.

Clearly, foreign documentation does not fall under the control or jurisdiction of any U.S. entity. The state is relying on the accuracy of these documents.

Further, there is no way for state officials to evaluate the integrity of the issuing countries’ application process or how they go about verifying the identity of their own citizens.

The Green Light law allows the following additional documents as “proof” of identity.

The Green Light law does not specify which nations documents it will accept, so it appears that all foreign nations’ documents will be allowed.

The United States currently has diplomatic with approximately 180 nations, with each nation issuing passports and some more than one. These countries also have the ability to issue consular identification cards, and of course all have driver’s licenses. Minimally, that means that there are over 540 documents that the New York DMV will accept.

Think about this for a minute. Most countries allow individual states or political subdivisions within their countries to issue driver’s licenses, just as we do in the United States.

Current estimates indicate that when all is said and done, New York will accept over 600 variations of documents in order to establish identity and get a driver’s license or identification card in New York. 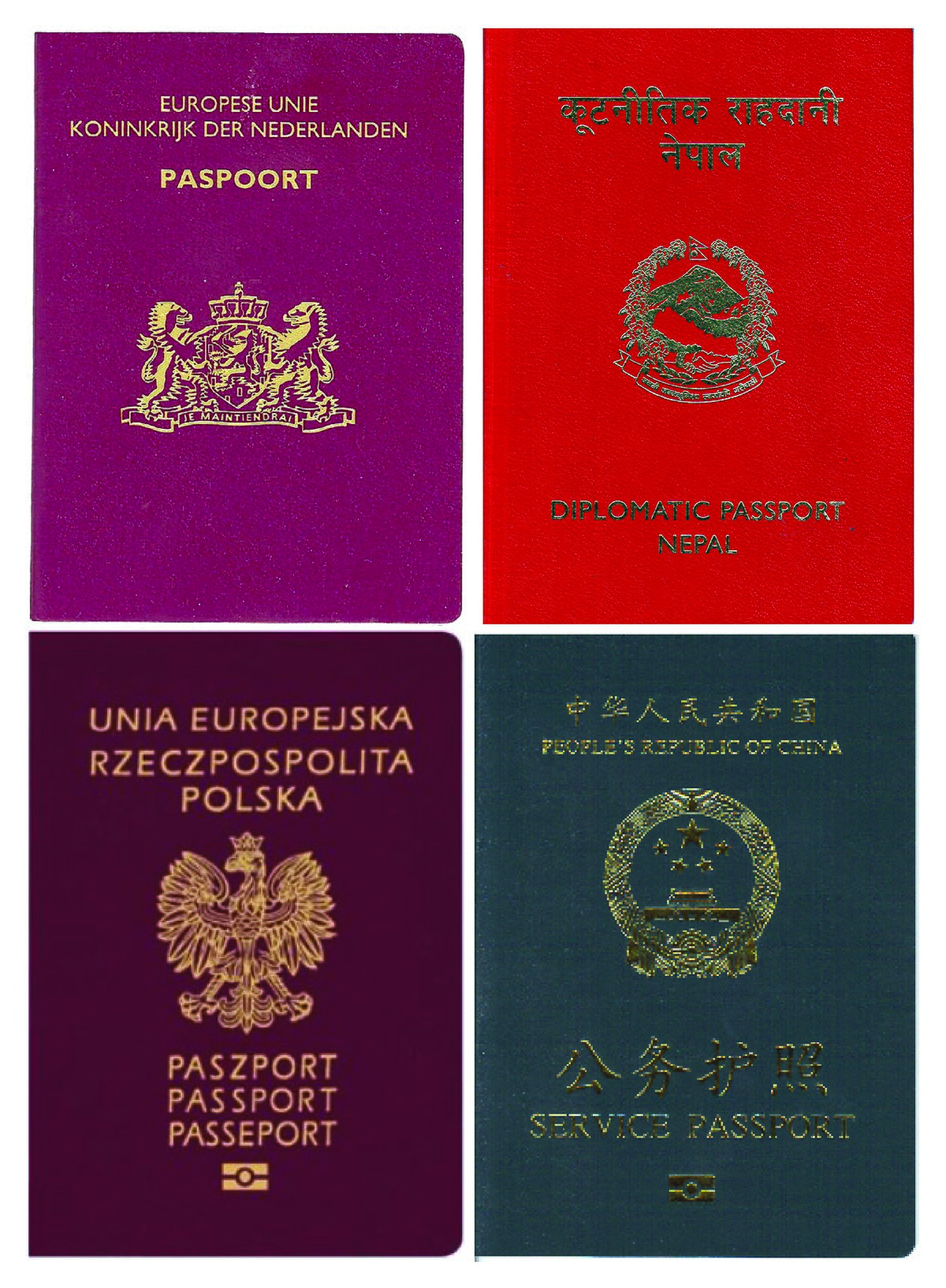 The new law is so fraught with issues we literally cannot go into all of them in one writing. One scenario we will show as an example is that of consular ID cards.

In addition, many consular ID’s are issued in languages other than English. Many countries use alphabets that are different from the Latin alphabet used in English. There is no way for the DMV to query another nation’s record system or databases to authenticate an identity document.

Here are two scenarios, one minor and one that shows how bad this could be. These scenarios were formulated by the Center for Immigration Studies of what could go wrong:

Scenario One- Abel Bravo-Cortez is a Mexican national and lawful permanent resident of the United States, who resides in Queens, N.Y. Abel had a valid NY license under the name Abel B. Cortez, but it was suspended due to multiple, serious traffic violations.

Abel obtains a valid Mexican consular ID by showing his Mexican birth certificate. He insists that his consular ID be issued in his full name, Abel Bravo-Cortez.

Abel then applies for a Green-Light license with the slight name variation and uses a relative’s address in Albany. He provides an affidavit that he does not have a Social Security number. Abel regains a license and is back on the road.

Scenario Two- An unnamed man with an unknown date of birth and of an unknown nationality is determined to obtain a false identity. He works with a document counterfeiter.

The counterfeiter manufactures a Mexican consular ID for $400. The man assumes the name Marcos Gonzalez-Morales.

Even though the document is counterfeit and its quality mediocre, the clerk at the DMV feels compelled to issue a Green-Light license based on it.

The clerk doesn’t have the skills or the training to declare it fraudulent, nor the ability to check its authenticity through a database or liaison with the Mexican government.

“Marcos” uses his new identity to establish credit and open a bank account. He helps launder drug proceeds and rents vehicles to transport narcotics. In another scenario, the new “Marcos” rents vehicles and a safe house for a cell of terrorists.”

CIS identifies some interesting consequences of the new law.

-ICE and CBP officers are considered “peace officers” under NY law. One of the so-called “tools of the trade” for peace officers is DMV information, which they will not have access to.

-Canada, a foreign nation freely shares its DMV information with CBP, and ICE. New York will not

-New York is currently advising its legal residents to upgrade their NY driver’s licenses to be compliant with the Real ID Act, at extra cost, while at the same time New York is offering illegal aliens an opportunity to obtain valid ID with no safeguards

-US magistrate judges have the authority to issue criminal arrest warrants and search warrants, however New York will exclude these officials from issuing judicial orders for DMV records.

-The NY State Liquor Authority lists NY driver’s licenses as an acceptable document to buy alcohol, however the consular ID card is listed as unacceptable. So, New York doesn’t recognize CID’s as valid for the purchase of alcohol but valid for obtaining a driver’s license?

Ironically, last week Acting Secretary of Homeland Security Chad Wolf announced that the agency was terminating residents of New York from enrollment and re-enrollment in its Trusted Traveler Programs. The reasons given were specifically the reasons outlined above.

Again: Nothing to do with drivers licenses. NY is the ONLY state that restricts @CBP access to their data across the board. Not only immigration purposes but law enforcement purposes, customs purposes and also for trade and travel facilitation purposes. pic.twitter.com/bvvRGpLdfA

In response to the move by Homeland Security, CIS Director of Policy Studies Jessica Vaughan said:

“New York’s law is the most egregious in the nation, and it creates unacceptable security and safety risks to everyone, for the sole purpose of protecting those who are living here illegally.

The Department cannot stand by and watch a state obstruct federal authority and create problems for everyone.

It will be interesting to see if frequent travelers from New York are willing to be inconvenienced for the sake of illegal aliens. This is not necessarily the last word from DHS, so other states that are considering this should take note.”