Skip to content
Trending:
Everyone talks about 'de-escalation'. But what happens when police have mentally ill or combative subjects?
Arrests in Miami after officer smashed in the back of the head with a skateboard by protestor
Seattle police used pepper spray during a declared riot. Now groups are trying to have them held in contempt of court. Police are dispatched to incidents involving people with some form of mental illness or drug induced episodes daily throughout the United States.

Initially, officers had little to no training on how to handle these people and their special circumstances.  Often times, officers are on scene with someone who cannot be reasoned with and, in some cases, just not even in the same reality.

When dealing with persons like this, it is difficult for an officer who has little to no mental health training to respond appropriately.

I have been at the scene of a call where a woman insisted there were people hiding in her attic talking to her.  Regardless of the checks of the attic to verify that there was no one there, the subject was still not convinced. Additionally, she was tortured daily by the thought.

Thankfully, this person was not violent. However, she had no family or friends.  And, since she was not a threat to harm themselves or others, I could not take her in involuntarily for a mental evaluation. 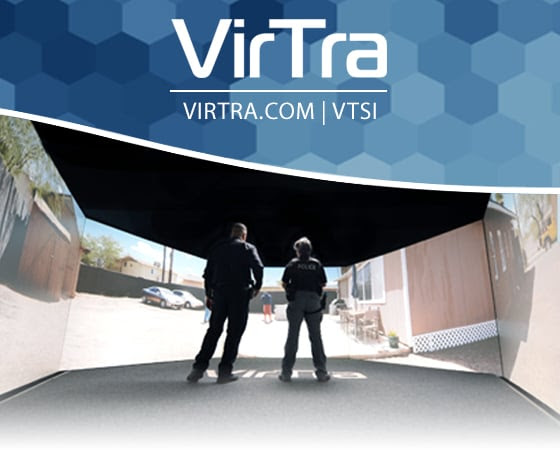 This left this woman in her house, convinced that there was someone in her attic and there was nothing that could be done to comfort her.  This is just an example of one person who suffered from delusions, and who was harmless.

But, this example does not go into other forms of mental illness, like Autism.

This year, according to Autism Speaks and the CDC, one in 54 children will be diagnosed with the disorder.  A large number of those afflicted are none verbal, approximately one-third, and the vast majority of them cannot communicate in a way that non-family members can understand.

People with Autism may lash out at their loved ones, beating them or throwing fits.  Imagine, a police officer witnessing a teenager striking his mother in a store, not knowing that he has Autism.

The officer’s reaction would be to break up the fight and arrest the male, and him doing so could very well end up in a fight.  The spirit of the officers is correct, that is what he/she are trained to do. However, in this circumstance, the officer would be better served by approaching the situation with calm instead of just going hands on.

Officers who attend Autism awareness training learn that the people who have this disorder act very differently.  Some are fully functional, an average person who does not know them may believe they have no form of the disorder.

Others may be able to function as an adult but cannot look at you nor be touched, while some cannot talk or discern what is being told to them by someone they do not know.  Some just simply run, for no reason, when they see something unfamiliar, like an officer trying to question him.

The subject may run, not because they have committed a criminal act but rather because it is in their nature to do so.

For these reasons and more, law enforcement leaders have begun to recognize the importance of training their officers on how to properly approach and deal with those who suffer mental illness.

A lot of times, a person with a mental illness may not be aware that what they are doing is incorrect or illegal. They simply do not understand.

Companies are also making a push nationally in order to get training programs out to law enforcement to help with working with those who have mental illness and their families.

VirTra is a company that has developed a program called V-VICTA, which stands for Virtual Interactive Coursework Training Academy.  This virtual training has curriculum which was developed with nationally recognized partners and is geared to training and testing, both in a virtual setting and outside of one.

Scenarios in the training are gleaned from recent case law and after-action reports that have been reviewed after real time situations.  The virtual training is conducted with a virtual instructor which can train in sessions of 15 to 30 minutes.

This is good for police agencies that are trying to train groups of officers while they are working, instead of having a training day, as this training can be pushed out to officers who can complete the segments in short periods while also doing their normal duty assignments.

A new addition to VirTra’s curriculum is an International Association of Directors of Law Enforcement Standards and Training certified 15 hour course in mental health training.

Ever important is the included two-hour Crisis De-Escalation session that is so important in dealing with mental health crises, as well as other situations that may require a person to be “talked down.”

This program is now available via VirTra. To find out more information, click HERE.

Seattle police used pepper spray during a declared riot. Now groups are trying to have them held in contempt of court.